1 888 653 6028   /   289 807 2400   Apply Now
Announcement
TRAVEL UPDATE: We're open! Where can I go? and answers to your questions about COVID-19
Zaytoen
Domingo
Zaytoen Domingo is a content writer and editor based in Cape Town, South Africa. She is currently enrolled in the Masters program in English at the University of the Western Cape. After graduating with an Honours Degree in English and Creative Writing, Zaytoen completed a skills-development program for writers and became an alum of the GVI Writing Academy.
Community Development Gap Year Internship Responsible Travel Sustainability Teachers Travel Volunteering
21 Likes
Share
Facebook
LinkedIn
Twitter

Why is gender equality important? Some images in this article were taken pre-COVID-19.

Inequality between genders doesn’t only affect individuals – it can change entire economies. As a sustainable volunteer program provider, GVI takes into account the importance of gender equality in development.

It’s women working longer hours than men but being paid less. It’s the fact that 773 million adults worldwide are illiterate, most of whom are women.

Not only does it affect the lives of individual men and women, but the inequality between genders also stunts economic growth and hinders development.

Gender equality benefits everyone, which is why it has been nominated as the United Nations Sustainable Development Goal (UN SDG) 5: Gender Equality.

As an organisation working towards brighter futures for all individuals, GVI is committed to addressing the challenges faced by women, and to meeting the goal of gender equality. 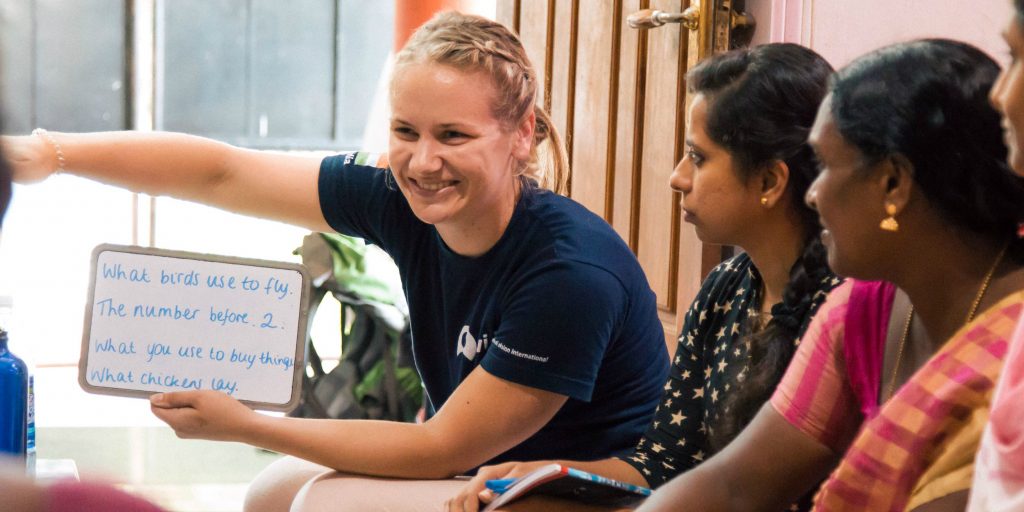 Why is gender equality important to economic development?

Sustainable development relies on ending discrimination towards women and providing equal access to education and opportunities for employment.

Gender equality has been conclusively shown to stimulate economic growth, which is important, especially in countries with higher unemployment rates and less economic opportunity.

UN Women reported that in Organisation for Economic Co-operation and Development (OECD) member countries, half of the economic growth over the past 50 years is attributed to girls having better access to education.

The decrease in the gap between the number of years of schooling that girls receive when compared to boys also played a role.

Because of this, GVI has established projects that put an emphasis on education for girl children as part of our long-term sustainable development goals. 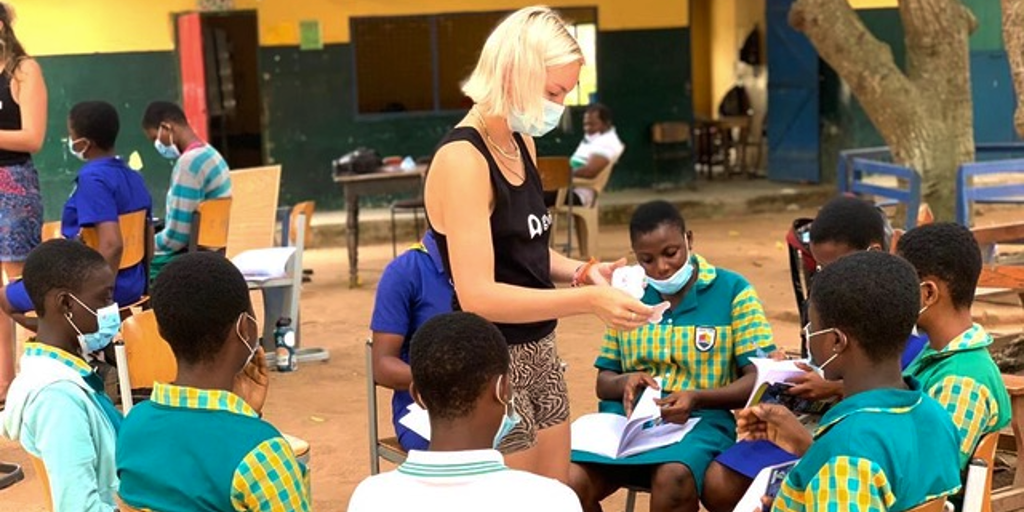 Despite progress made under the UN Millennium Development Goals (UN MDGs), women still face barriers to the labour market in almost all countries around the world.

For example, The World Bank reported that many women around the world are still prevented by law from working in certain jobs. In 18 countries, men can legally forbid their wives from working.

On top of this, women face obstacles such as sexual harassment, pressure to fulfill gender roles, and having to carry out the majority of unpaid care work and labour-heavy chores.

Even when women do work, the gender pay gap means they aren’t earning as much as men. Globally, women only earn 82 cents for every dollar that men earn.

These barriers translate to over 172 trillion dollars in lost income potential, according to The World Bank.

Unless women have access to empowerment opportunities that allow them to join the workforce, many countries won’t develop as well as they could. 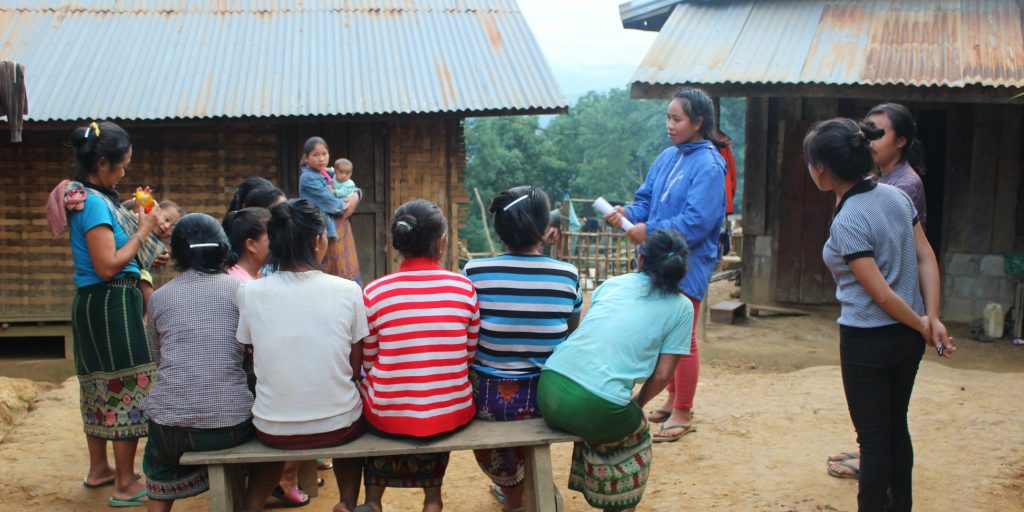 The gender and poverty connection

When women have jobs, they invest as much as 90% of their earnings back into their families – compared to men, who reinvest 35% only.

Because of this, when women earn more, the health and education of their children improve too. The UN states that women’s education is a crucial factor in cutting child mortality rates.

When women are excluded from working, economies are restricted, and poverty continues its cycle. Women and young girls bear the brunt of poverty.

Globally, more than half of the people suffering from chronic hunger are women. In addition to this, less than 20% of landowners in the world are women.

In areas such as North Africa, the number of women landowners is less than 5%. This leaves women more vulnerable to food insecurity, violence and even extreme weather events caused by climate change.

These statistics tell the same story: the only way to sustainably add to the economy of a community is to focus on initiatives that support women in empowering themselves.

And, central to empowerment initiatives are education and employment. GVI has a variety of projects that focus on these areas. 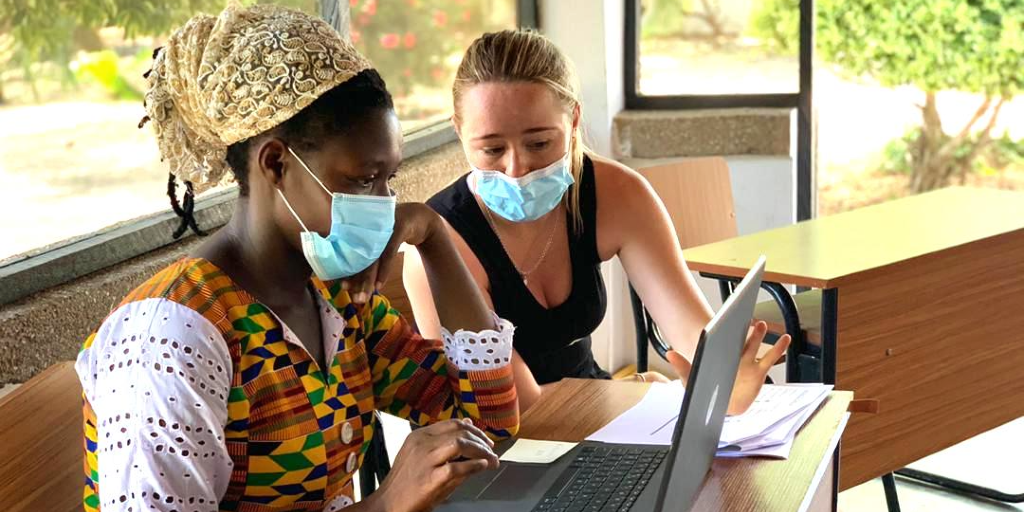 As well as working to provide better education for young girls, GVI participants facilitate professional development classes. These sessions contribute towards women expanding their skill sets and, as a result, increasing their access to better job opportunities.

And, more options for employment translate into increased independence and income, enabling women to be agents of change in their own lives.

Gender equality in education and the workplace

More years of schooling means girls marry at a later age and are less vulnerable to intimate partner violence.

To help boost education, GVI assists in supporting schools in rural areas, setting up workshops and training for women and girls, and raising community awareness on the importance of equal access to education.

Gender equality in the workplace means both making sure women have the same opportunities, and are paid the same as men for equal work. To help address this, our women’s empowerment projects look at professional development and ongoing training.

GVI is also focusing on UN SDG 5: Gender Equality and its target of making sure that women play an active role in decision-making and have the same leadership opportunities as men.

And our organisation sets an example here, with more than half of the women at GVI holding decision-making positions. 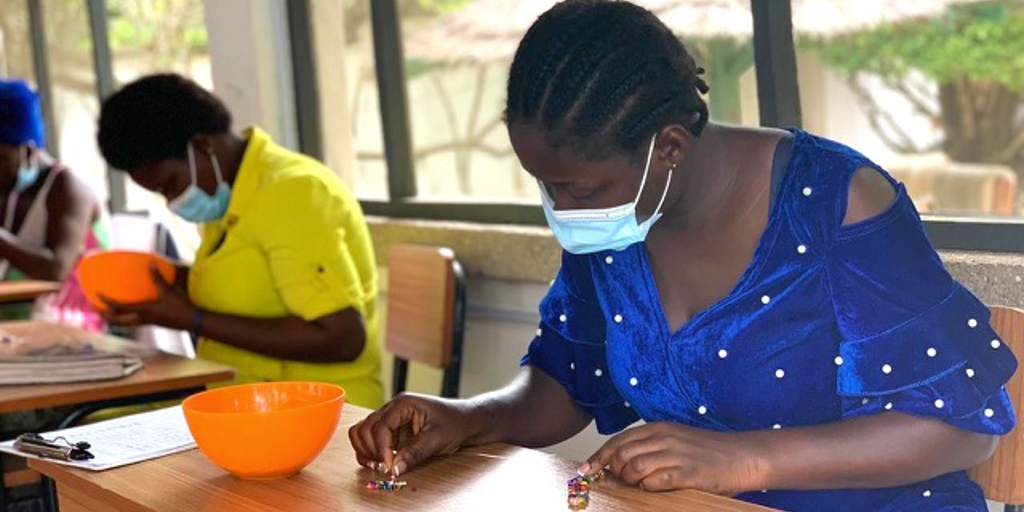 What can you do in support of gender equality?

The gap between genders is widest in low- and middle-income countries. To add to the support available to women around the world, you can volunteer in women’s empowerment projects.

GVI’s collaborative way of working and commitment to UN SDG 5: Gender Equality have been guiding factors in establishing volunteer programs that work towards women’s empowerment and community development.

We offer a range of women’s empowerment internships and volunteer programs that address gender inequality. Through these programs, GVI has assisted women in playing more active roles in their communities and in broader society.

Whether you’re adding to women and young girls’ access to education in India, assisting women to develop themselves professionally in Cambodia, or facilitating women’s preventative healthcare workshops in Laos, you can contribute directly to global gender equality.

How to cultivate environmental awareness in schools
Read More
Six critical global issues: What are the world’s biggest problems and how can I help?
Read More
The “Should I take a gap year?” quiz
Read More
Apply Now
Enquire Now
Call Back Request