The Mayan, Inca, and Aztec people built prominent civilisations throughout Mexico, and Central and South America. These civilisations form the basis of today’s culinary and cultural traditions in the region.

The food traditions of the Aztec and Mayan people were closely related due to their proximity. They were located where Mexico, Guatemala, Belize and northern El Salvador are now. The Inca people, on the other hand, emerged in South America.

While volunteering in Mexico, Peru or any other country within Central America, you’ll most likely come across the culinary traces of these early communities. 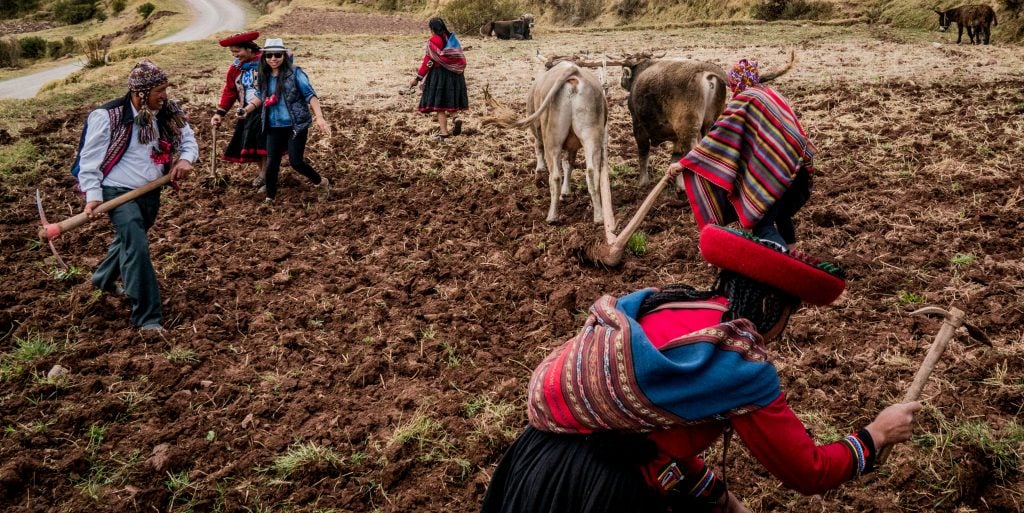 Many communities lived in farming villages and, although conditions were often harsh, these farmers were entirely self-sufficient. Corn was the basis of their food, along with beans and other vegetables like squash and peppers.

The Inca people also grew potatoes and quinoa, a small grain that’s gained popularity as a health food in many parts of the world today. The Aztec and Mayan people focused on the production of avocados, tomatoes and a great variety of fruit.

But, for pre-Columbian civilisations, large-scale agricultural production was challenging due to the environmental and geographical conditions they faced. Little rainfall, poor soil quality, shallow soil deposits, and, in some cases, a lack of land, were some of the known obstacles against them.

Despite their sometimes harsh environments, these communities adapted and developed the agricultural skills that were necessary to sustain their food culture.

While the Mayan people were jungle inhabitants, the Aztec people lived in areas surrounded by lakes and water. The Inca populated the mountainous Andes.

These Latin American civilisations became skilled at developing effective techniques like crop rotation for cultivating in large fields, or constructing terraces and steps on the mountainside to make climbing easier. In some cases, barges were built around lakes or water surfaces to create more arable land. 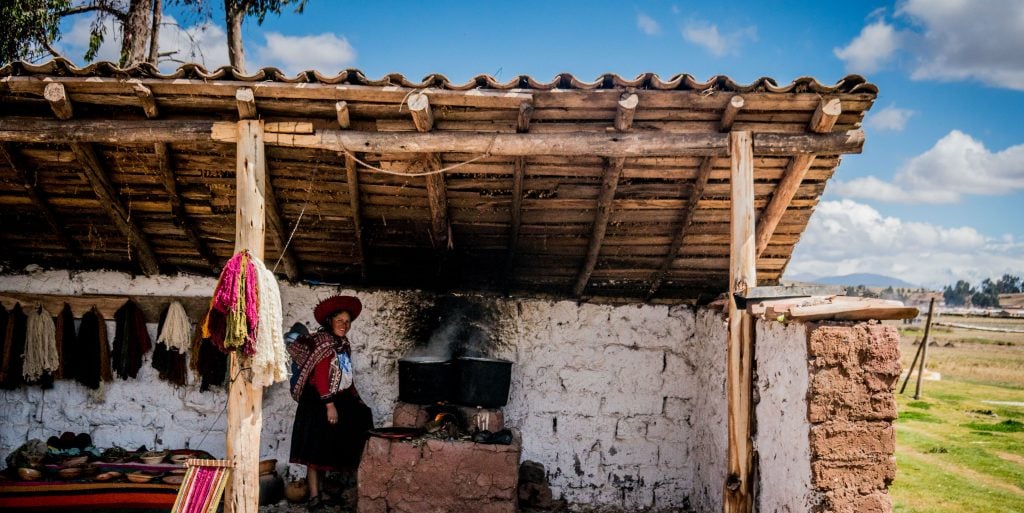 To most people, food is significant for more than just eating. In some cases, the Mayan, Aztec and Inca people considered food to be medicinal.

Herbal remedies were commonly used for rituals and as medicine. They were either ingested, smoked or rubbed on the skin depending on the specific case. Fresh vegetation was sometimes applied directly onto the skin for curing illnesses.

Mayan people also mixed cacao extract with ground corn and a touch of pepper into their drinks on special celebrations or during festivals. There is evidence of cacao in much of the Mayan people’s food traditions – treated as much as a luxury then as it is for many today!

Mesoamerican people used corn as a base ingredient in their meals. In fact, tortillas (a sort of thin and savoury corn pancake) are a traditional food staple in almost every meal.

A side of corn tortillas

When prepared as a side dish, tortillas can be served along any main course such as fajitas (a spicy, grilled meat, complete with peppers and onions).

Depending on personal preference, they can also be served along with chile en nogada, a meat-stuffed pepper bathed with a walnut cream and garnished with pomegranate seeds and cilantro. Frijoles refritos, or refried black beans, is another traditional accompaniment to tortillas. 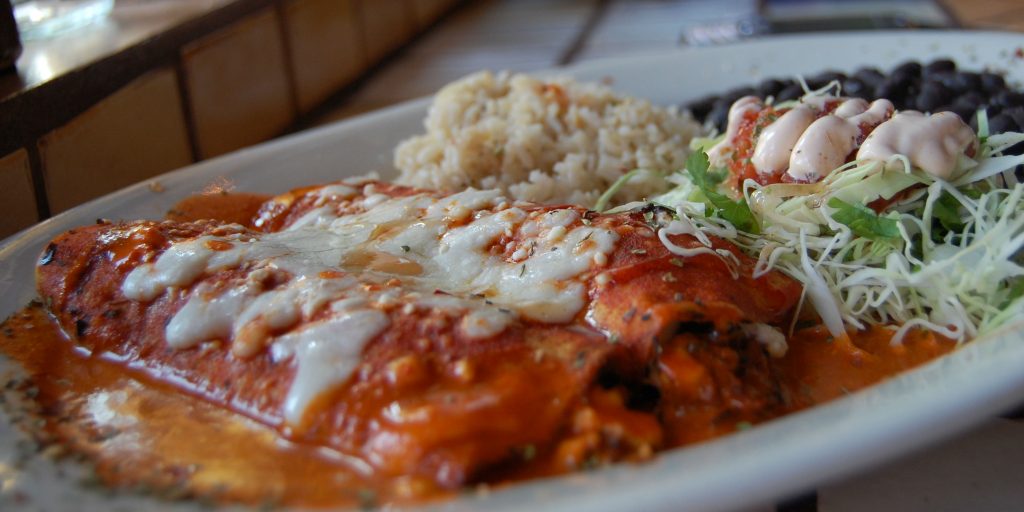 When preparing enchiladas, corn tortillas are wrapped around different kinds of ingredients, ranging from seasoned potatoes to cheese, beans, various meats and other vegetables.

The dish is then covered with a spicy homemade tomato sauce, chopped lettuce and fresh cream. A fresh guacamole topping completes the meal. 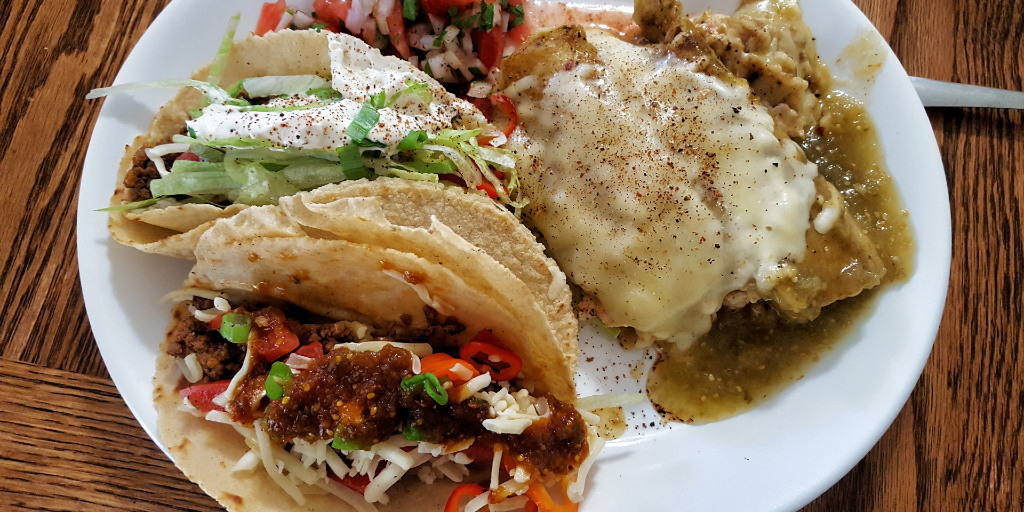 Original photo: “beef tacos and chicken enchiladas” by jeffreyw is licensed under CC BY 2.0

Tacos are fairly similar to enchiladas as they are usually folded around a filling. One of the most popular and regularly-consumed Mexican dishes, and now integrated into food cultures around the world, tacos consist of a corn tortilla rolled around a filling of meat, vegetables or cheese.

They can be topped with a chilli sauce, or even eaten plain as you walk down Av Rojo Gomez street in Puerto Morelos. 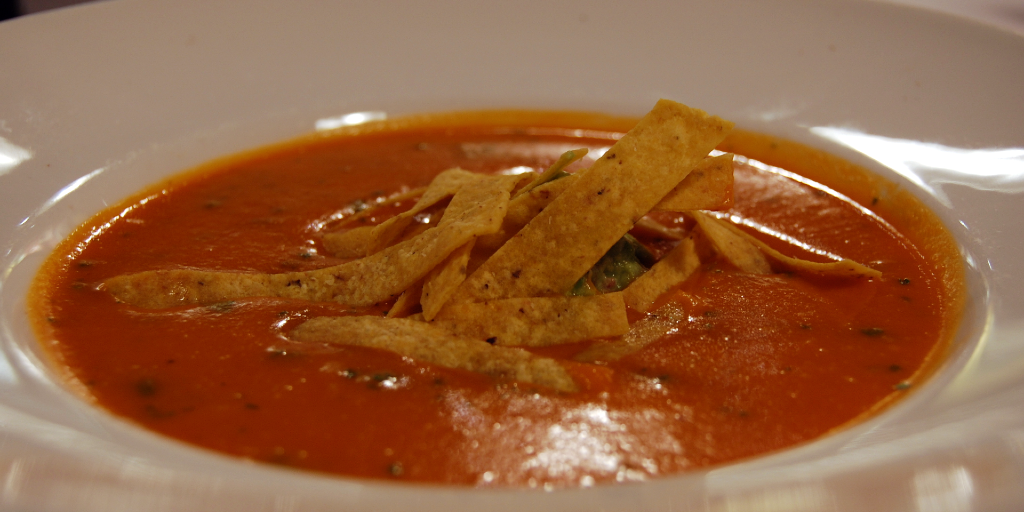 Since the tortilla is the cornerstone of the Maya and Aztec food traditions, you should also try the supreme tortilla soup. Made up of healthy ingredients and fresh herbs, this dish is flavoursome, aromatic and full of character.

The essence of the dish comes from the chillies, beans, cilantro and chicken, which simmer together for a while. Later, avocado, tortilla bits, chopped onions and cheese are added to the bowl. The result is a real banquet of flavours!

Where do Peruvian delicacies come from?

The Inca Empire arose in the Andean highlands of Peru, establishing their capital in the city of Cusco. Because of this, the Latin American food culture of the Incas differed from that of Aztec and Mayan people.

Even though all three civilisations regarded corn as an important food, it was only possible for Aztec and Mayan people to cultivate corn in large quantities due to the geographical conditions where they lived.

Due to their higher altitude, Inca crops needed to resist low temperatures. That’s why root vegetables became central to this civilisation’s diet. 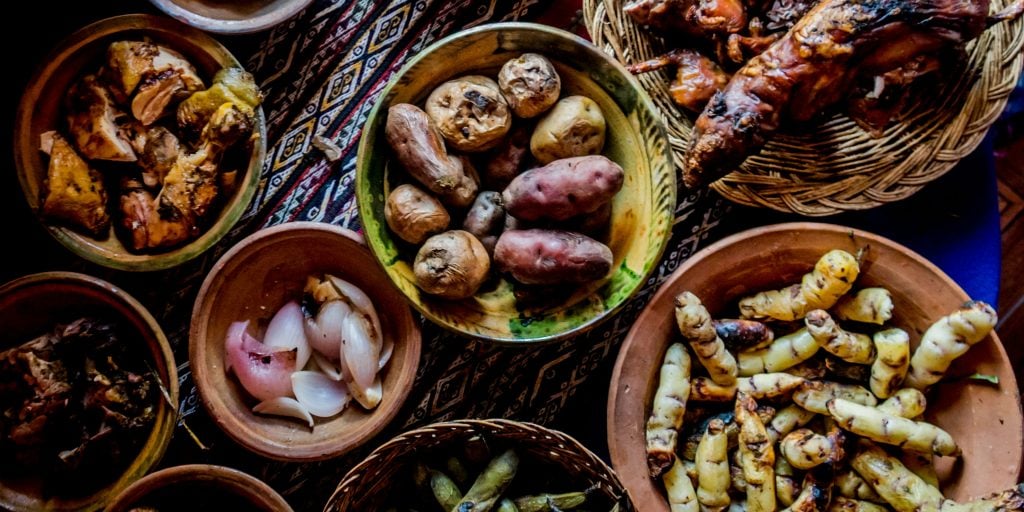 The Inca people also included various grains in their diet, like corn and amaranth. Different tubers and potato varieties were also common in their dishes.

One variety of potato, the oca, was particularly popular. Oca is high in protein and has good nutritional value. It was usually boiled in soups and stews, but was sometimes roasted.

Oca was also used as a sweetener. This ocher-coloured tuber is sometimes called “the lost crop of the Incas” as, with time, it became the second most popular tuber after the potato.

According to the strict hierarchy of early Incan society, food was more plentiful and varied for the upper classes than for the lower classes. Along with many plants and vegetables, the Inca people raised llamas and alpacas as sources of meat and milk. Being close to the Pacific coastline, which is one of the richest fisheries in the world, they also caught fish and used them as a primary food source. 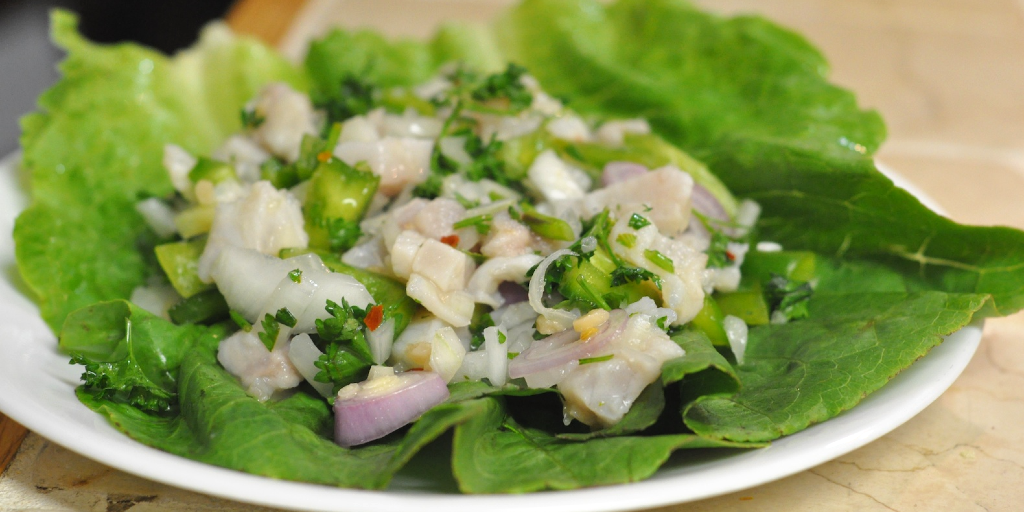 Ceviche is made from fresh, raw fish. The fish is cured in citrus juice, preferably lime, and spiced with different chilli peppers, chopped onions and cilantro. It can also be garnished with diced tomatoes, avocado and popped or roasted corn.

Ceviche contains the perfect blend of textures and flavour: soft from the citrus, with added zest from the cilantro!

The Inca people also had their own kind of drink called chicha. Chicha is made from grains, corn or fruit. It can contain alcohol and is prepared in many ways according to the region. Chicha morada, which is made with purple corn, is a popular refreshment in Bolivia and Peru.

What are you waiting for? Dive into a spicy and cultural experience of local cuisine while you volunteer in Latin America.

What you need to know about applying to college after a gap year
Read More
What is a digital detox and why is it a good idea?
Read More
Why are partnerships important for sustainable development projects?
Read More
Apply Now
Enquire Now
Call Back Request