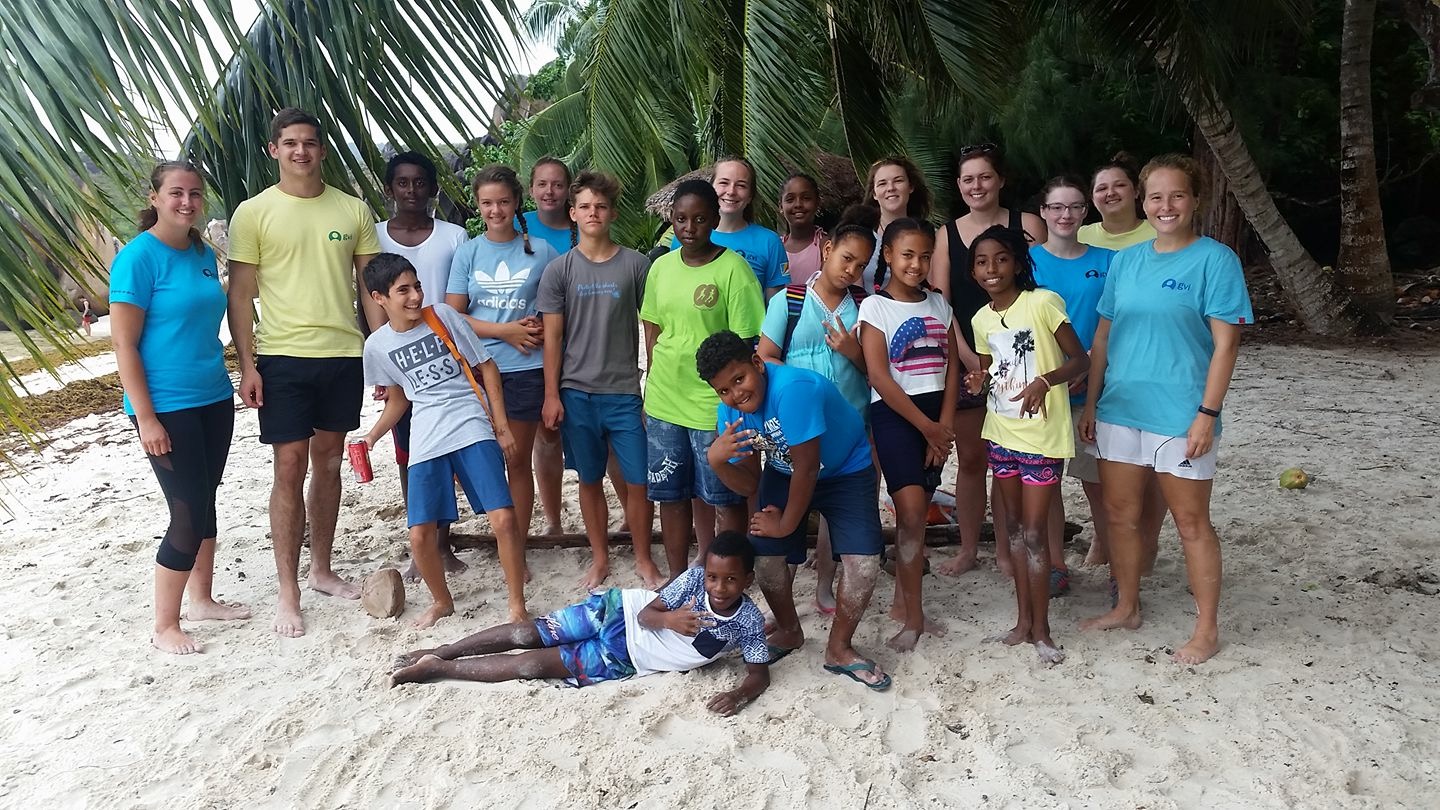 It is already my second week here on Curieuse Island and the time seems to be flying by. Right now there are eight volunteers as well as three staff members. GVI does many important surveys and as you can imagine we are quite busy! So far these have included Coco de Mer surveys, sharking, turtle patrol, and mangrove giant tortoise surveys. In this blog I am going to focus on the day we worked with some local children and the giant tortoises!

During my first week GVI had an educational outreach day. Local students from an after school environmental group came to learn from us about Curieuse and what it has to offer. We hiked over from the GVI base to the Ranger Station over on Anse Laraie to meet the kids. Morgan, one of the staff, brought the kids over on our boat Dexter in two groups. While we waited for the second group we took the kids to choose a giant tortoise for the rest to find in a scavenger hunt when they arrived. All of the kids were extremely excited and ran off to choose their favourite. Once the second group arrived they had to try and guess which giant tortoise it was using the scanner. After a lot of taunts and joking between the kids, the right giant tortoise was found to the enjoyment of everyone. Afterwards we split off into two groups, one with the older kids to go to the mangroves and the other group with the younger to learn more about giant tortoises.

I was in the group containing the younger kids along with Victoria, a staff member, and my sister Shelby who is also a volunteer. The first thing we did was find some more giant tortoises to scan and then measure. Since this was only a few days in for us as volunteers we learned with the kids how it is done. It was so much fun learning alongside them how to scan the giant tortoise for its tag so we would know which one it was and then record its measurements. The best part though was definitely getting to see the hatchlings! Six months old and they could fit in the palms of our hands, which is amazing when you consider just how big they actually get. First we played a guessing game about how many there were, most came pretty close (including me) to the 33 it ended up being. We then assisted Victoria with scanning the hatchlings and comparing the results with the list of them all with the help of the kids. It was so inspiring to see how much all of the kids cared and were interested in what we were doing. After scanning them, we even got to hold one! We ended off the day with a game where the kids pretended to be tortoises by carrying coconut shells on their back as they crawled to the finish line. A perfect, and hysterical, end to a perfect day! Learning about giant tortoises and seeing the faces of all the kids filled with wonder was an amazing start to my volunteering experience! 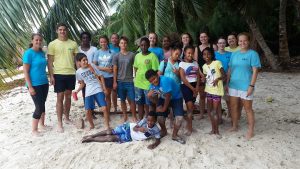