The ultimate travel guide to the Gulf of Kyparissia Greece Greece is a sought-after travel destination made up of over 227 inhabited islands and over 13,000 kilometres of coastline. You may have heard of the more popular islands, such as Santorini, Mykonos and Corfu, but have you considered a less trodden area of Greece?

The Gulf of Kyparissia is home to some of the best beaches in the country. It’s also the site of GVI’s marine conservation base in Giannitsochori. Its sandy expanses are relatively untouched and protected by law as one of the most important nesting sites of the near-threatened loggerhead turtle.

The region has plenty of local buses to and from Giannitsochori, as well as trains running from Patras and Pyrgos to Kyparissia.

Here are some of the best things to do and see while you volunteer in the Gulf of Kyparissia, including beaches to visit, wildlife to spot and historical monuments to sightsee. 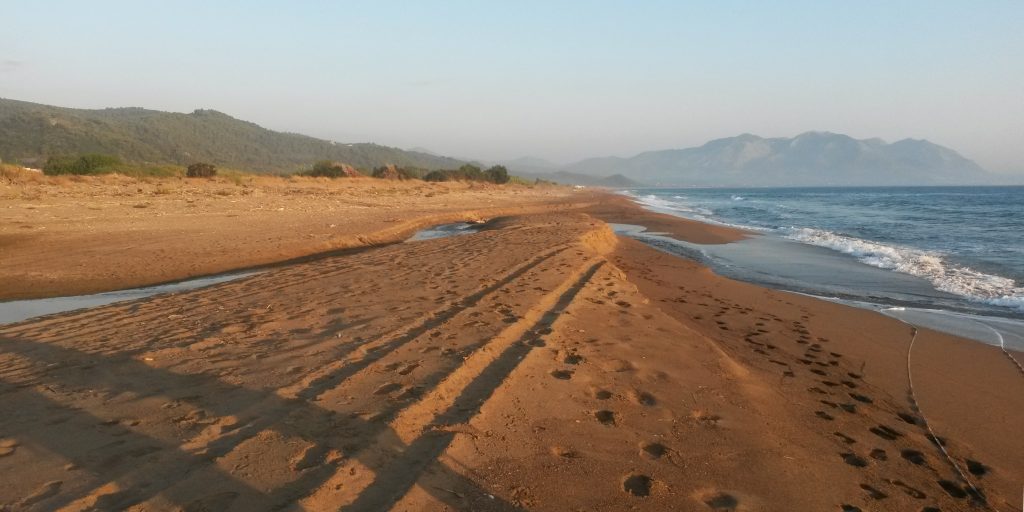 The best beaches in Greece

With the town of Kyparissia being on the edge of the Ionian Sea, its clear waters and golden, sandy beaches will rival your most serene daydreams.

The first spot you have to visit is Ai-Lagoudis beach, only three minutes away from Kyparissia. The sweeping Ai-Lagoudis coastline is perfect for swimming and watersports, like sea kayaking and paddle boarding.

This Blue Flag beach is equipped with a lifeguard during the summer months and has toilets and many sun loungers available for rent. Swimming is popular in the area, especially due to the depth of the waters so near to shore and weaker currents than those further along the coastline.

This beach is popular due to its proximity to Kyparissia and is an ideal place for local people and visitors to meet. Many restaurants along the beachfront serve traditional Greek seafood and coffees, together with an enviable ocean view – with many restaurant terraces overlooking the beach.

Kalo Nero Beach is also worth a visit. With a quiet fishing village nearby and very low numbers of tourists in the area, this spot is perfect for a serene day trip while volunteering in Greece. 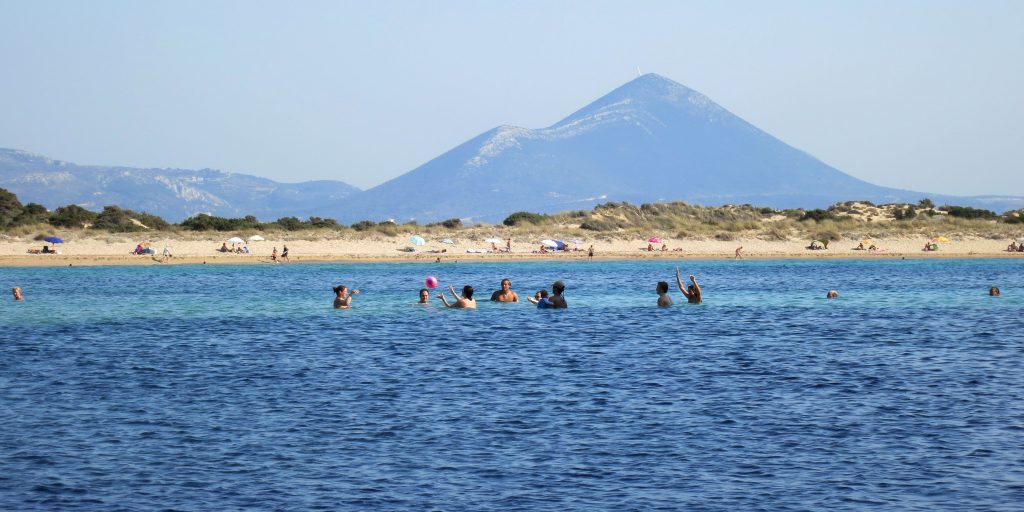 From the beach, you can gaze over to the windswept Schiza, an uninhabited island spanning 12,3 kilometres squared. It’s important to keep in mind that there are strict areas for sunbathing and swimming around Kalo Nero village due to the protected loggerhead turtle nesting areas along this stretch of coast.

Add to the conservation of loggerhead turtles

While visiting the Gulf of Kyparissia, you’re bound to come across loggerhead turtle nesting sites. It’s for this reason that the region is a protected area.

Loggerhead turtle eggs shouldn’t be disturbed or moved, nor should you interfere with baby loggerhead turtles as they make their way to the ocean. But, you can contribute to monitoring and conserving these creatures as part of the GVI turtle conservation project in Giannitsochori.

The loggerhead turtle is a vulnerable sea turtle species according to the International Union for Conservation of Nature (IUCN). These creatures are found in the Pacific, Atlantic and Indian Oceans. Loggerhead turtles are under threat due to factors such as plastic pollution in the ocean and nest destruction. 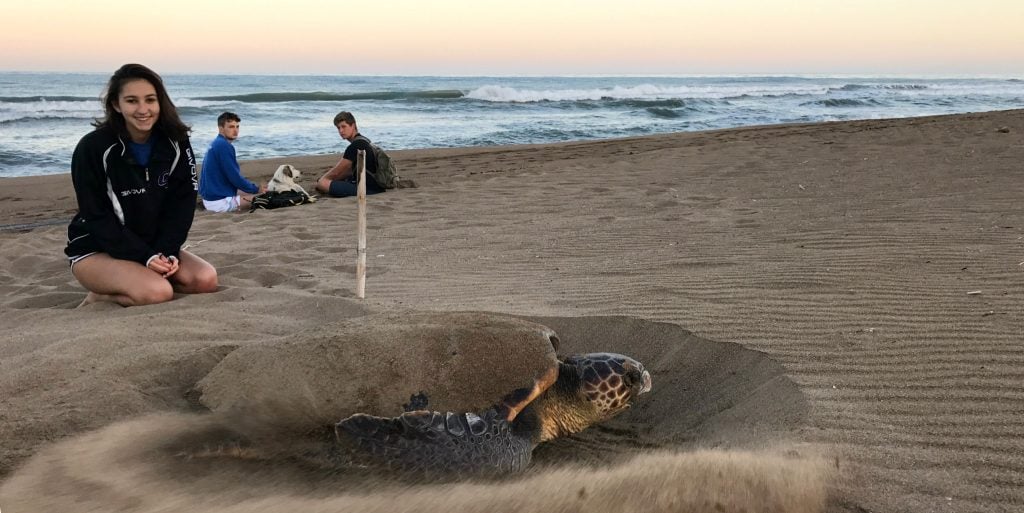 This species of turtle can grow to lengths of more than one metre. And, loggerhead sea turtles have a high mortality rate. In fact, it’s estimated that only two in every 1,000 loggerhead turtle hatchlings make it to adulthood. Fortunately, conservation efforts in this area have contributed to increasing population numbers through monitoring and nest protection on beaches.

Other opportunities to view sea life in the area involve snorkeling in designated areas along the coastline of the Ionian Sea. Here, you’ll find reefs and seagrass. In clear areas, the visibility can span over 18 metres.

Many different species of fish live along the Gulf of Kyparissia, so immerse yourself in its clear waters and try to spot the colourful scorpion fish or the moray eel. Just remember to snorkel responsibly by not contributing to ocean, noise or light pollution while in the area. In this way, you can see ocean life without negatively affecting the marine ecosystem.

Marvel at the historic ruins in Pyrgos, Greece

Once you’ve plunged into the depths of Greece’s great blue beyond, return to land and travel north to Pyrgos.

Just a 40-minute car ride from Giannitsochori, you can find the ruins and back streets of Pyrgos. This location is another less-traversed part of Greece, with small cafes tucked away in its alleyways just waiting to be visited.

Getting lost in the streets of Pyrgos is definitely a bucket list experience, as is exploring the old stone buildings and crumbling ruins of the city’s old fort.

Areopoli, or the city of Ares, is another historic village with many more narrow stone streets and tower houses. It was here, at Areopoli, that the Greek War of Independence started in 1821.

The village is home to 15 churches, many of which were built in the Byzantine style, along with traditional Mani restaurants – serving up pork-based sigklino that’ll make your mouth water. There’s also a market on Saturdays, with lots of fresh produce and local foods to sample.

Get lost in the old town in Kyparissia 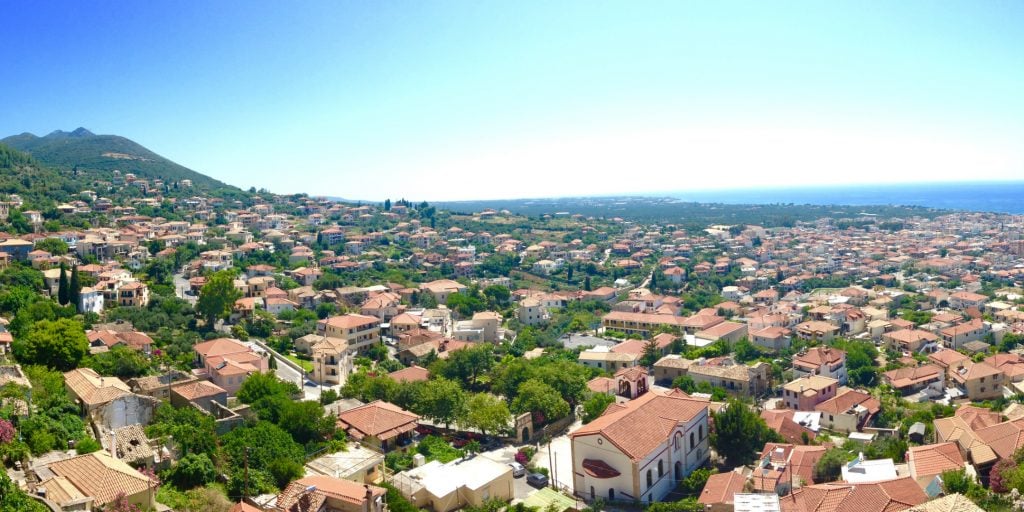 The final architectural marvel in the bay is the town of Kyparissia itself. Kyparissia town has only 5,100 residents but has been inhabited since Ancient Greece. The surrounding region has numerous olive groves, and the town is filled with narrow streets and charming cafes to visit.

The old town has towering buildings and alluring views across the bay and is perfect for sightseeing on foot. You’ll find a panoramic view of the surrounding bay up by the Castle of Kyparissia.

It’s definitely worth a hike up the hill to tour the castle and learn about its turbulent history. The castle was rebuilt by the Frank people, on the site of a previous Byzantine fortress. It was taken over by Turkish settlers, before later falling under Venetian rule.

Ready to explore the beaches and historical villages of the Gulf of Kyparissia, Greece? Contact us today and make your travels to this region count, by contributing to the conservation of baby loggerhead turtles in Giannitsochori.

Ghanaian food: What you're missing out on
Read More
Coral bleaching in Seychelles: What you need to know
Read More
Three types of conservation internships and where you could travel to to get involved
Read More
Apply Now
Enquire Now
Call Back Request