Tales from Tanzania: Is the plastic crisis the world's worst problem? 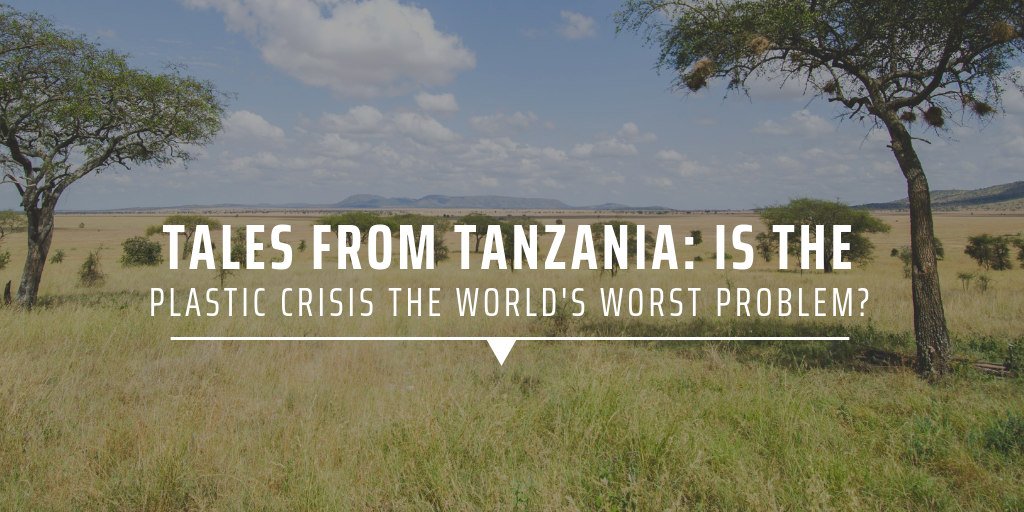 Over two years ago, the sloping hills of rural south Tanzania became my home for one summer.

This was my first time in East Africa. It was also my first time in a developing nation. I experienced life within a homestay, with a family who fed me ugali and beans for every meal and treated me like their own child. We lived and ate together, and I encountered the world in a different way.

There were two water pumps in our village. Each was located over a mile from the village center. Electricity was limited to the very few houses that owned a solar panel. The landscape was dusty. And its red rolling hills were dotted with lush green trees and small homesteads. In this otherwise idyllic scene, the roads and farmlands were littered with plastic waste.

Everywhere you looked there were adverts for popular soda companies. These had recently stopped collecting the glass bottles that were originally used for their drinks.

Since single-use plastic bottles have become the norm for these sodas, the plastic consumption of the village had shot up.

Plastic straws had not yet reached my village. Most noticeable was the prevalence of plastic bag pollution. Every single item that was bought from the village shop ended up wrapped in a black plastic bag.

Even if you bought flour from the store it was measured out into a plastic bag. Almost every country in the world has become dependant on plastic bags for their day-to-day lives. Plastic bags are used to wrap children’s school lunches, carry groceries and even to buy milk in.

The seas are littered with plastic bags. Over eight million tonnes of plastic bags enter the sea every year.

In Elmina, Ghana, near to the GVI women’s empowerment project in Cape Coast, fisherman have called for a ban of plastic bags across the country, due to the volume of them ending up in the sea.

Recently in the news in Ghana, plastic reduction has been called for as part of the fight against water pollution in Africa. The government has yet to make any lasting legislation, however. In the United Kingdom, the fees implemented on single-use plastic bags have seen a reduction in plastic pollution in the ocean. It’s a formula that might see similar success in developing nations such as Ghana and Tanzania.

Tanzania’s neighbors Uganda and Kenya have already banned plastic bags in an effort to curb plastic pollution in the ocean.

The introduction of woven bags have been popular across Kenya, but this is only the beginning of sustainable development initiatives in the country. Other advertising based on “reuse, reduce, recycle” has also been successful in Kenya.

How do you reduce plastic pollution without recycling infrastructure?

Recycling is now second nature in most European countries. General waste is separated into recyclable goods and landfill waste. But how can this be implemented in developing nations such as Tanzania, where recycling infrastructure is not always present? In such a scenario, the key message in “reduce, reuse, recycle”, is lost.

In Elmina, Ghana, many recycling companies have popped up for domestic use. But many families struggle to afford the cost of recycling, resulting in only 2% of plastic being recycled in Ghana.

In Tanzania, there are recycling systems in place in cities such as Dar es Salaam and Dodoma. But in the villages and remoter areas, all garbage is incinerated. My homestay family collected all of our waste and incinerated it in a pit outside our house daily. I believe the family had little choice in the matter.

We never spoke about recycling or plastic pollution. With no recycling infrastructure in place, the recyclable items would merely pile up. The choice was to either burn your waste or contribute to the problem of plastic pollution in the village.

Tanzanian villagers often reused many single-use plastic bottles. Many were filled with milk, oil or homebrew. But without glass or cans as alternatives, it was difficult to reduce their consumption, and so the plastic pollution in the region continued to rise.

Do plastic alternatives need to be mainstream for sustainable development? The village was experiencing plastic bag pollution in the stream and had noticed plastic appearing within the fish sold at the village market.

Without a recycling infrastructure in place it is very difficult to dispose of recyclable items, so new alternatives need to be found.

My favorite Tanzanian street food, chipsi-mayai (a chip omelet) was even taken straight out of the pan and put into a plastic bag. However, during my time there I convinced the lady at the stall to put it into a plastic lunch box instead. It caused quite a stir in the village.

Many discussed whether something reusable could be used instead, like a plate or bowl, or even a paper alternative to the bag. In India, some restaurants have even started making their takeaway bags out of old newspapers.

Across the developed world, many companies are creating biodegradable containers and plastics that compost when disposed of correctly. Could a biodegradable bottle or bag be the answer in developing nations, to reduce the burden of plastic pollution?

While currently in the production stages, my hope is that these products phase out plastic and become more affordable in the long term.

If you want to contribute to a community development project in Tanzania or work to alleviate the problem of plastic pollution, please get in contact today.

Six smart ways to make the most of a gap year before law school
Read More
Six critical global issues: What are the world’s biggest problems and how can I help?
Read More
Travel to Kerala to taste more about its history
Read More
Apply Now
Enquire Now
Call Back Request