1 888 653 6028   /   289 807 2400   Apply Now
Announcement
TRAVEL UPDATE: We're open! Where can I go?
Zaytoen
Domingo
Zaytoen Domingo is a content writer and editor based in Cape Town, South Africa. She is currently enrolled in the Masters program in English at the University of the Western Cape. After graduating with an Honours Degree in English and Creative Writing, Zaytoen completed a skills-development program for writers and became an alum of the GVI Writing Academy.
Internship Marine Conservation Responsible Travel Travel Volunteering
0 Likes
Share
Facebook
LinkedIn
Twitter

Out of sight, front of mind: Why marine conservation is so important We might not be able to see all life below water, but preserving oceans is one of the most significant environmental challenges we face today.

Three-quarters of our planet is covered by oceans. We live in a water world where oceans feed almost half of all people on Earth, provide a home for millions of animal species – hundreds of thousands of which have yet to be identified – and regulate the global temperature. Yet, we have treated these life-giving oceans so poorly that around 40% of marine ecosystems have been damaged.

Oceans are Earth’s life force, so protecting life below water is critical. The United Nations (UN) recognises this through Sustainable Development Goal (SDG) 14. Marine conservation, or life below water, is the focus of this goal.

GVI helps to support UN SDG 14 by providing volunteers with opportunities to learn marine survey techniques and contribute to the ongoing study and protection of the world’s oceans.

Here’s a look at why that matters and what you can do to help. 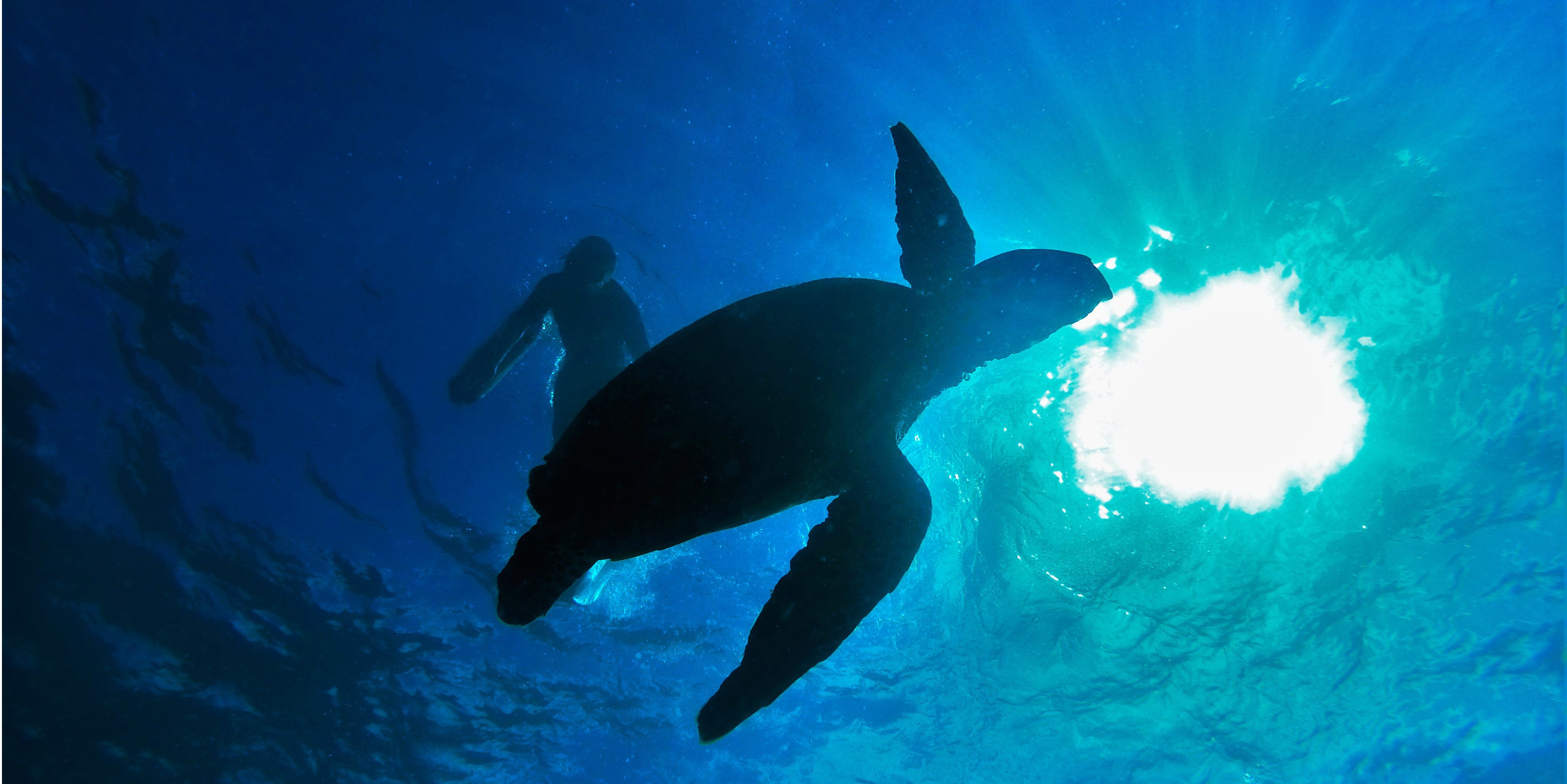 People and the ocean

By volume, 99% of all living space on Earth is in the oceans. This includes a massive bounty of seafood, which supports a significant proportion of the population. 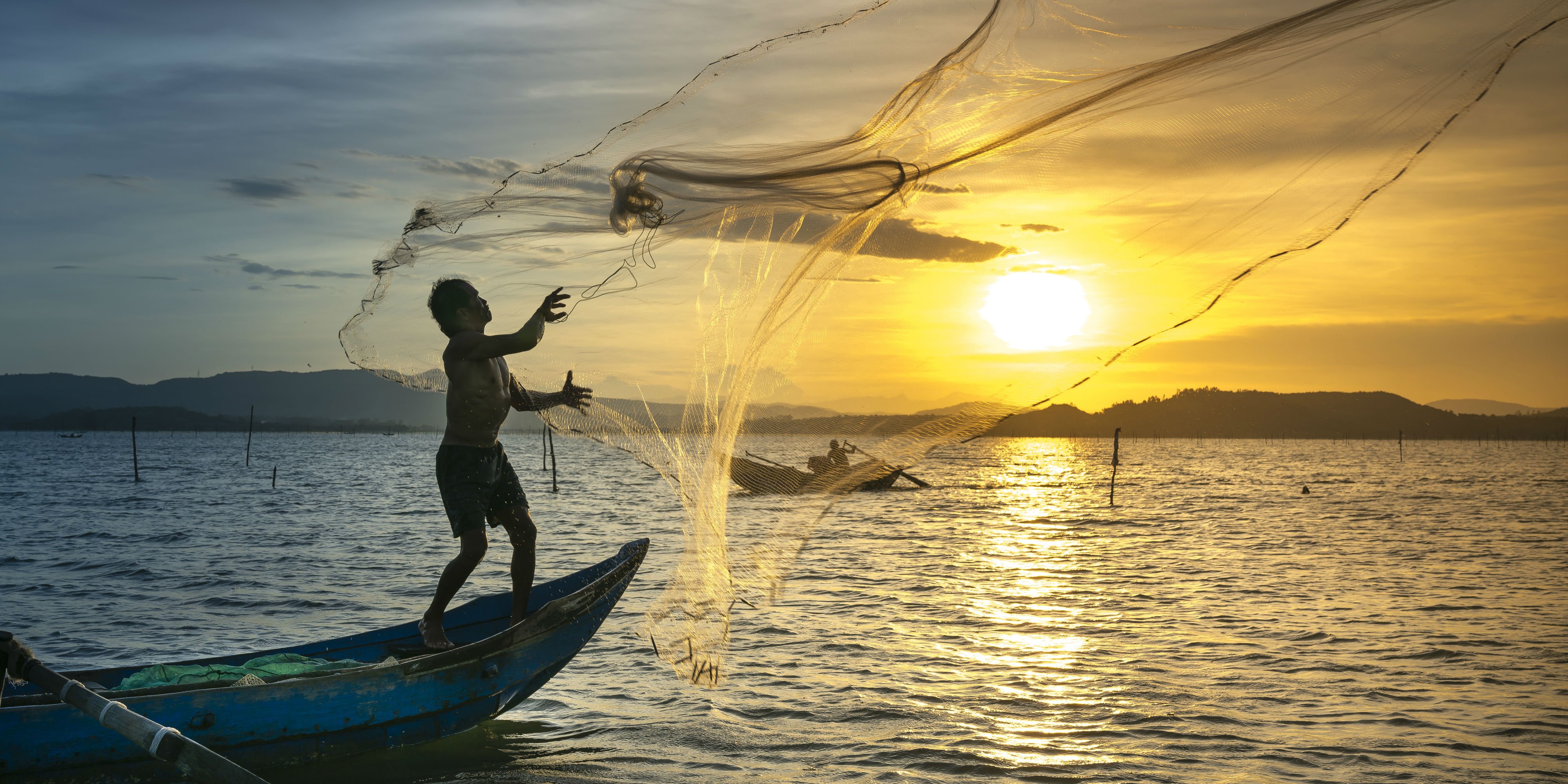 Healthy oceans are essential for human existence. Yet we have caused extensive damage to this source of life through overfishing and pollution. One-third of global fish stocks are being fished unsustainably, at a level where they can’t be replenished, says the Food and Agriculture Organisation of the UN.

Pollution is also reaching critical levels, with an average of 13,000 pieces of plastic floating in every square kilometre of the world’s oceans.

UN SDG 14 aims to address these issues urgently, protecting marine ecosystems from pollution and sustainably managing ocean-based resources. These actions will help secure the livelihoods of people who rely on the ocean and address some of the major problems arising from global warming.

Global warming and the ocean 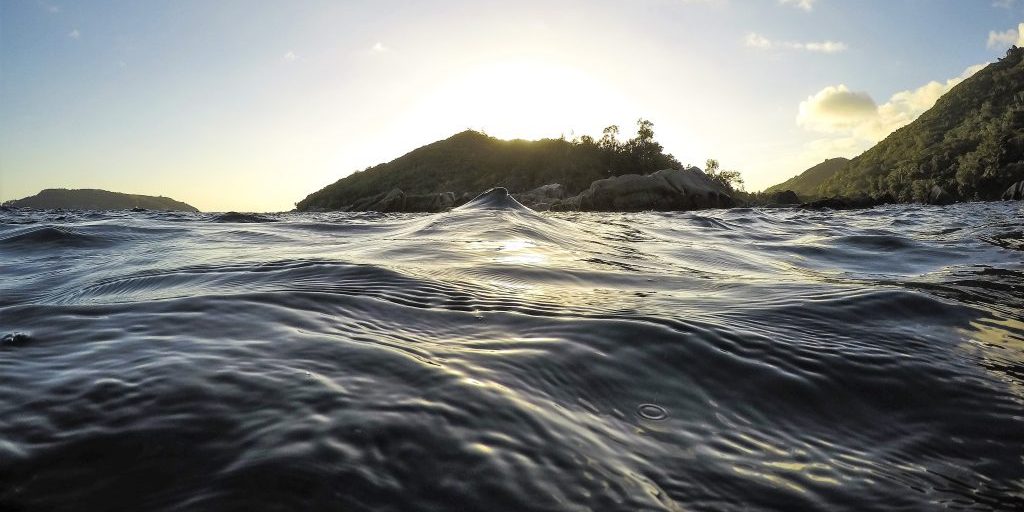 Oceans play an important part in the global climate system. They absorb large amounts of carbon dioxide and generate about half of all oxygen.

The surface layer of the ocean also absorbs and distributes the heat reaching Earth from the sun. This controls global temperatures and the weather. These processes play a role in slowing global warming, but there is only so much the ocean can take.

We’re reaching the limit of heat and carbon dioxide that oceans can absorb, and the consequence is a spike in ocean temperatures. Warmer seas melt the ice around the poles, which in turn leads to rising sea levels. This puts coastal environments and communities at risk.

In addition, when the oceans absorb carbon dioxide, it dissolves into carbonic acid, which raises the acidity levels of the water. Acidity in the oceans has increased by 26% since the Industrial Revolution. This change in acidity levels disrupts marine organisms and environments around the world. 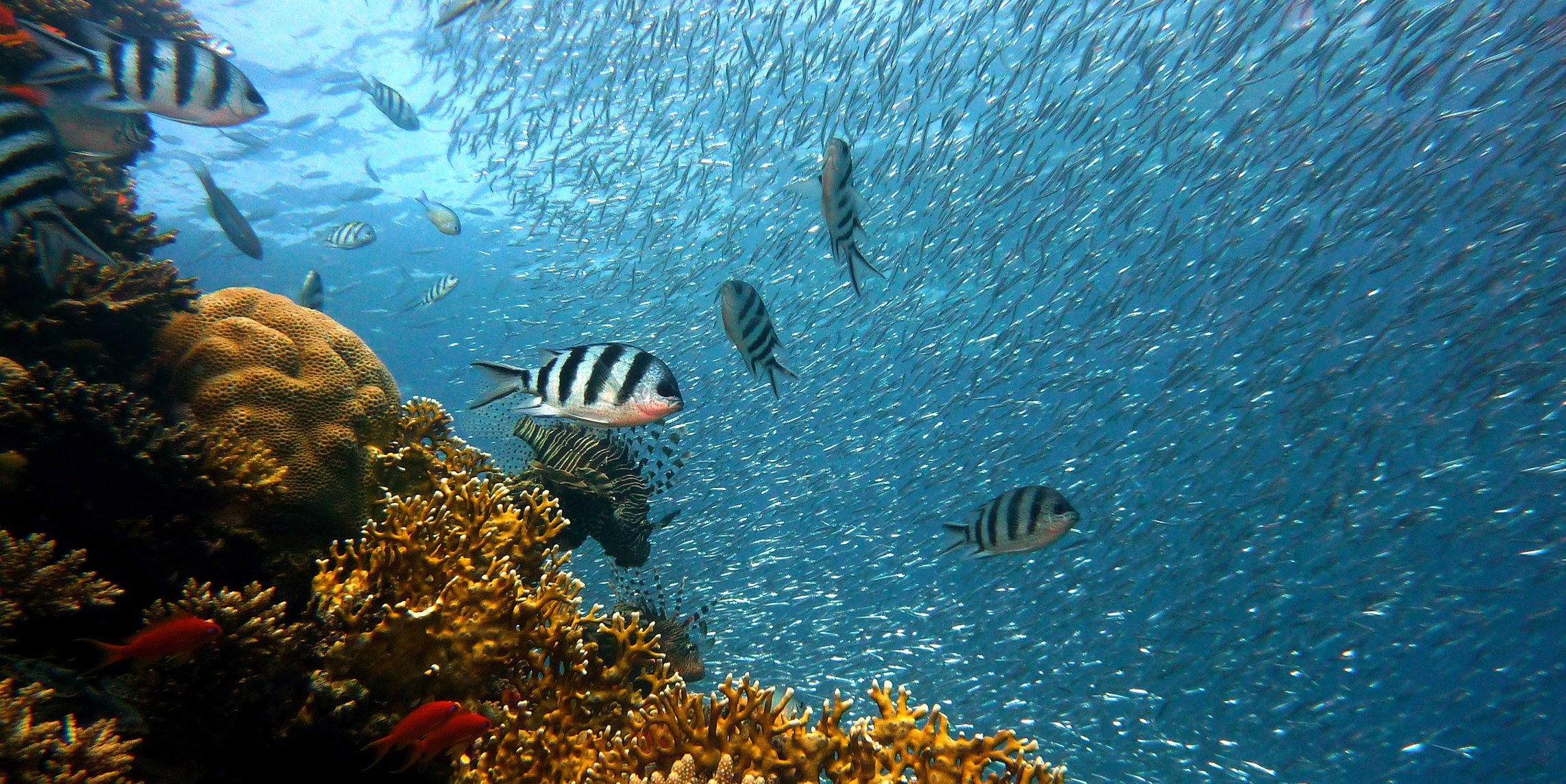 It can seem daunting, but nations and individuals alike are stepping up to the task of protecting oceans.

Governments have been extending protection to coastal ecosystems within their jurisdiction. The coverage of protected marine biodiversity areas has been steadily increasing, from 30% in 2000 to 44% in 2018, according to the UN. 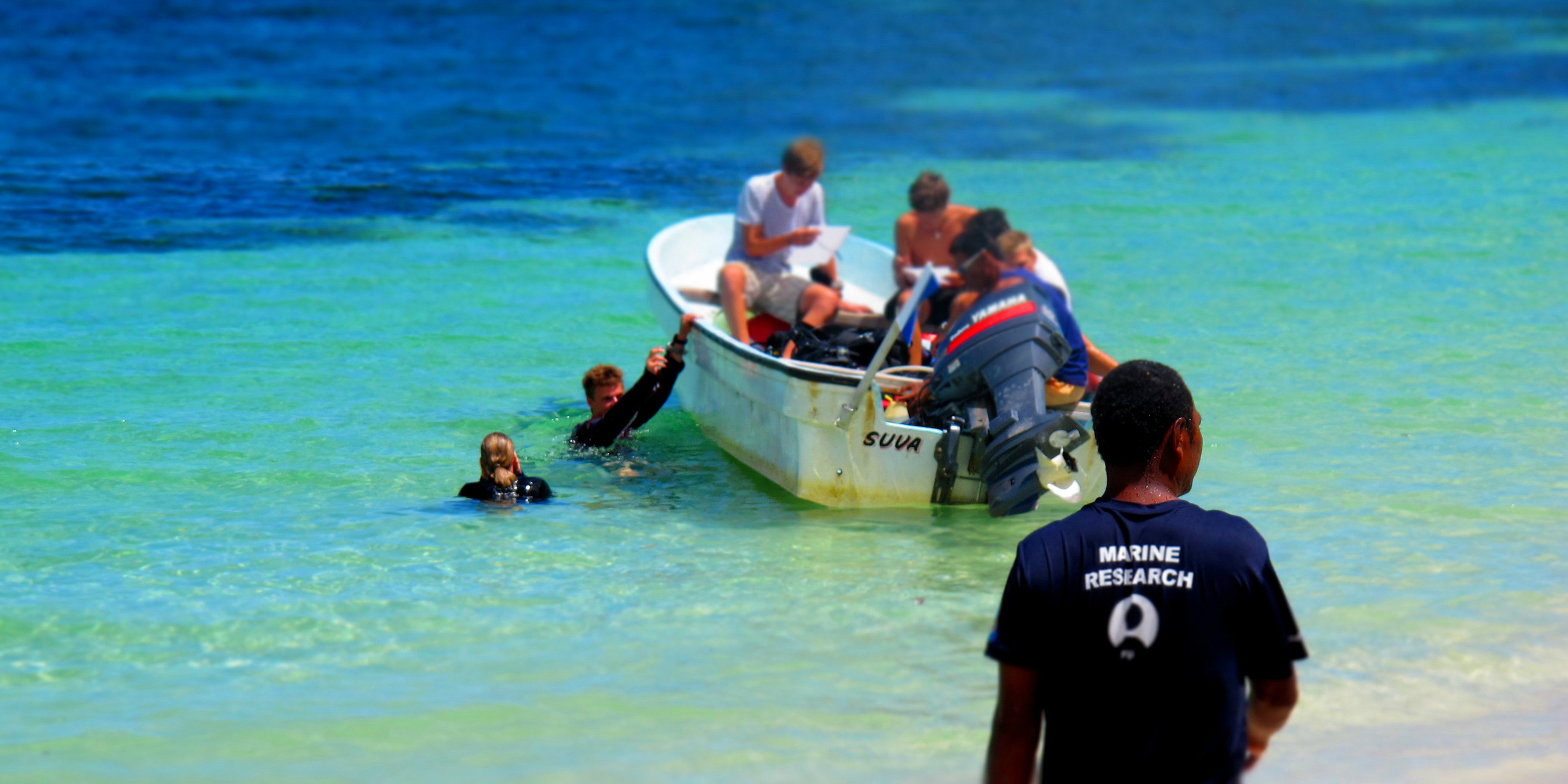 As an individual, you can also be a part of the movement to safeguard the oceans. Taking part in a marine conservation volunteer program is an excellent way to learn more about the oceans while contributing to positive actions to save them.

GVI’s marine conservation projects aim to protect marine species and restore damaged reefs or other marine ecosystems. Research is a vital part of understanding marine species and their environments, and the data gathered by volunteers on our marine projects is used by local communities, governments, and partner organisations to guide conservation policies and actions to ensure the survival of coastal ecosystems.

As well as supporting UN SDG 14, these projects align with our ethical commitments of clear objectives and locally-driven projects.

Help make an impact with GVI

There are multiple options for volunteers interested in marine conservation abroad.

Help to protect endangered sea turtles in Thailand as you get involved in biodiversity research, conservation initiatives, and environmental education. 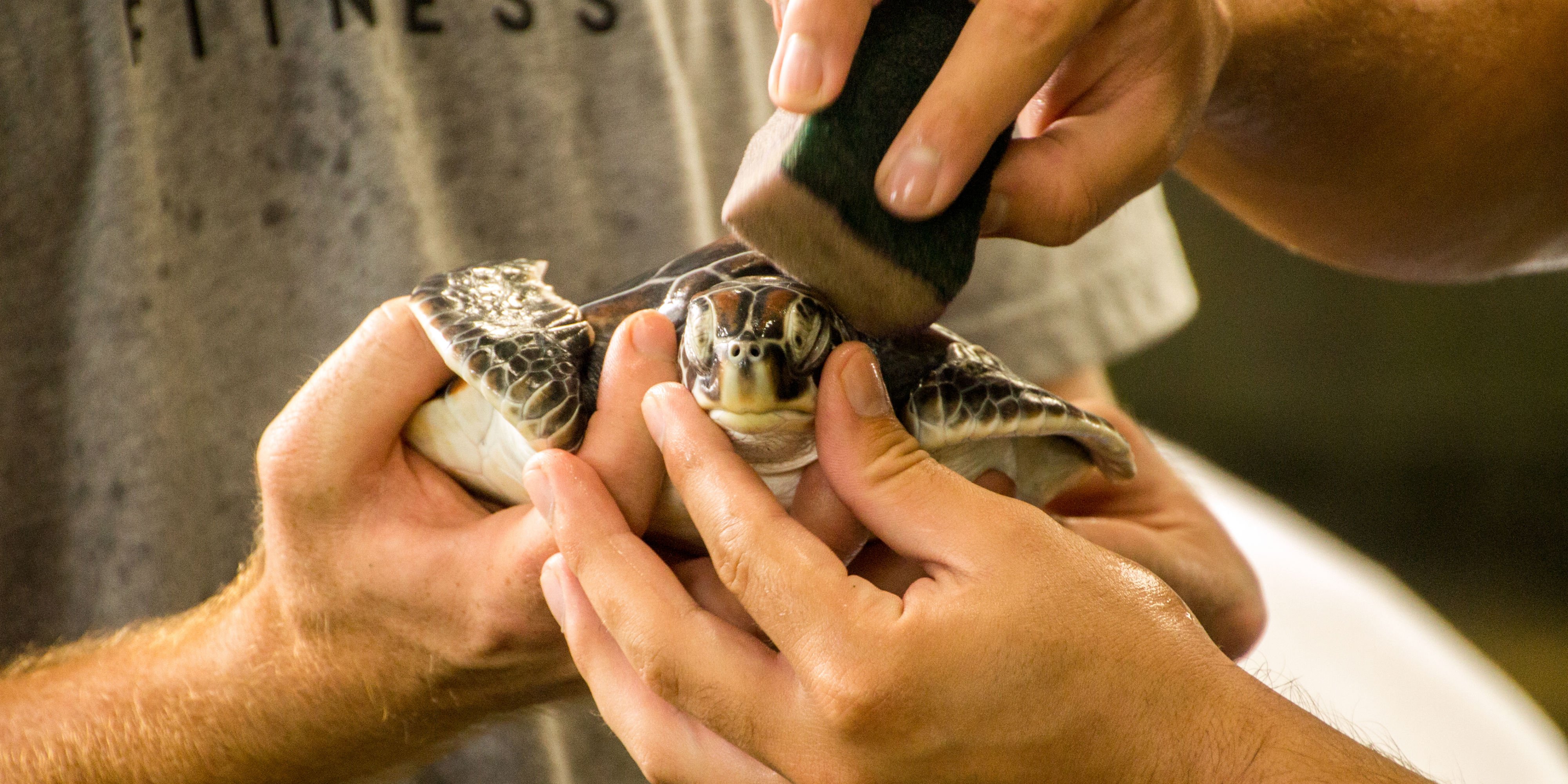 This is a chance to gain insight into marine conservation problems and their solutions while living in the overwhelmingly beautiful coastal province of Phang Na. This project is also an excellent way to volunteer ethically with wildlife. You’ll work in close proximity with endangered turtles while upholding conservation and animal welfare best practices.

Travel to the Seychelles on an expedition to get your PADI Advanced Open Water qualification, while you contribute to conservation-based surveys. You’ll get to swim with dolphins, sharks, and rays, and protect endangered turtles as they nest.

Learn to dive in Fiji while on a conservation mission where you’ll help with the management of protected marine areas. Living on a tranquil island, you’ll work closely with the local community and immerse yourself in Fijian life.

Gain first-hand marine conservation experience in Mexico while you study the health of the Mesoamerican Barrier Reef System. Extensive training will help you develop your diving skills, knowledge of marine ecosystems, and practical application of research techniques.