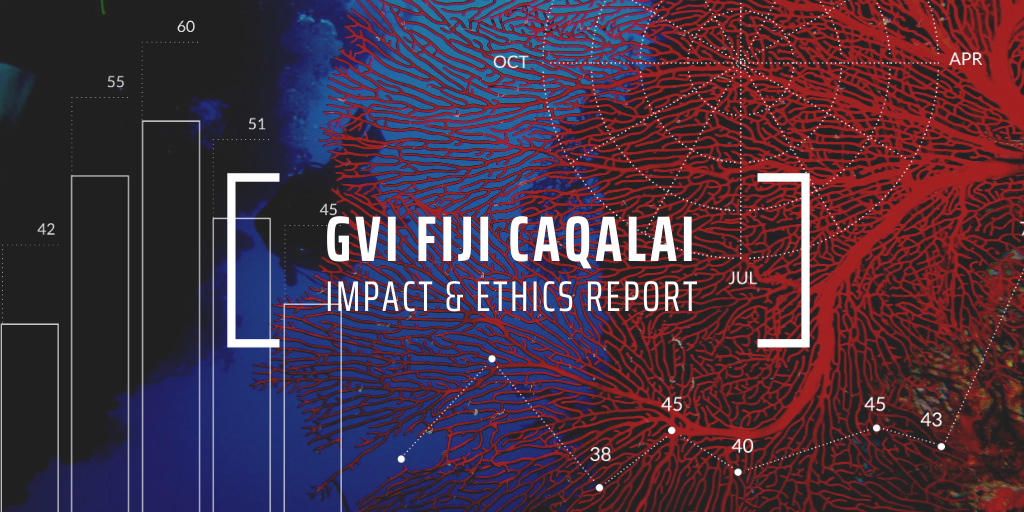 The island nation of Fiji has a rich history built around fishing as seen in their art and mythology. Fish is the primary source of protein within their diets. But, through commercial exploitation, coastal resources have depleted rapidly.

Coastal fishing grounds are locally owned by the adjacent villages and it is the Chiefs from these villages that manage the grounds. Moreover, each fishing area has particular rules and all the villages within the district strictly conform to these rules per fishing area.

One such rule is that, from time to time, the Chiefs of these fishing grounds may declare a portion of their grounds out of bounds. No fishing is allowed. These no-fishing areas are called ‘Tabu’ (pronounced Tambo). Tabu areas are created after discussions between the chiefs of the villages. The information is then passed around the other villages so everyone understands where these Tabu areas have been established.

For many generations, Fijians have observed that closing off a particular area for a certain amount of time means fish populations within these areas increase. This was done not for the love of conservation but in part for the preparations for up and coming special event, such as weddings, births or death ceremonies. It is this idea that has now become the basis for a more modern approach to conservation, including, establishing Marine Protected Areas (MPAs). Tabu areas are now referred to as ‘locally managed marine protected areas’.

GVI have been working with the communities of Moturiki, an island consisting of ten villages within the Lomaiviti group of islands west of Viti Levu for the last three years. The Moturiki District have, in recent years, realised the importance of a natural resource management strategy.

GVI is working with the communities through educational workshops in schools and by carrying out research around the island of Caqalai (where we operate from). The research and surveying carried out throughout 2018 and previous years is used to create a database for Moturiki. To date, four Tabu areas, or MPAs, have been marked out around their island. This includes an MPA that has been in place for 14 years, directly in front of the village of Uluibau. In 2018, GVI was instrumental in the rapid assessment and implementation of three Tabu areas around three villages in Moturiki.

These villages were Uluibau, Savuna, and Yancua. For purposes of brevity, only one of these villages, Uluibau, will be elaborated on. However, all three undergo regular surveyance using the below methods.

GVI participants and the communities of Moturiki are taught to use two assessment methods. Firstly, manta tows are conducted at high tide and include surveyors with snorkel equipment being towed on 20 metre ropes behind a boat. These surveyors record reef health in measured sections and then relate information onto a sketch map.

While other surveyors count the number of invertebrate target species over the survey area. Secondly, reef walks are carried out closer to the shoreline where boats cannot operate. This generates a complete picture from the shoreline to the out areas of the survey sites. The month of April 2018 saw the initial stage of monitoring around Moturiki as rapid assessments were conducted on the largest marine protected area that is owned by Uluibau village. GVI staff, participants, and local community members were all involved in completing the three-day rapid assessment.

The first two days involved reef walks at low tide and manta tows at high tide while the third day involved the drawing of maps and graphs to showcase the results. These results were then presented to the Chiefs and villages and discussed in detail.

Results of the surveys showed that the fishing grounds had a lot of seagrass beds that are essential to marine life, like juvenile fish and invertebrate species. Seagrass beds are also sites where a lot of green turtles feed, sharing the habitat with urchins, sea cucumbers, spider conches and many more. These were all highlighted in the discussions of the survey results. Even though the marine protected area had a lot of sea cucumbers present, they were mainly the lolly-fish (Holothuria atra) which are not used as a targeted species for the sea cucumber trade, and so not as important in the economic trading of the communities. Spider conchs (Lambis truncata) and trochus, both a delicacy in the villages, were rarely found in either the fishing or the protected areas.

The seabeds were made up of sand and rubble, mostly because of the fishing methods used by the villagers. These methods involved several men walking the reef with long wooden poles smacking the water surface and breaking up the corals to scare all the fish in one direction, where other men or women would be waiting with nets and spears.

Furthermore, overfishing of certain species was also an issue in the community and this was clearly portrayed in the maps that were derived from the data collected. Certain queries by the locals were discussed during the presentations and questions about coral restoration and repopulation of invertebrates using an outside source were discussed.

During these discussions, it was advised that it was best to leave the reef undisturbed and let the corals grow naturally. With the growth of new corals, new marine species will settle, bringing back life to their marine ecosystem. The community were also informed that this can take many years to occur but with a little patience and perseverance, their descendants will certainly reap the benefits. After the surveys were completed, the Chief and community elders in Uluibau decided to place a five year permanent Tabu, and demarcations were carried out on the same day. A church service was held in the water to bless the marine protected area and GVI participant and staff helped in marking the Tabu boundaries with marker buoys.

It was a very special occasion to be a part of and showed us that the work we have been doing in Caqalai has an effect on the communities that we work with.

Future for GVI and the community

Phase one of the rapid assessments surveys around Moturiki was almost complete at the time of writing this article, and we are soon to move on to phase two. This phase includes choosing certain sites within the MPAs and fishing grounds for long term monitoring.

How sites are chosen will depend highly on topographical features and heterogeneity of the reef around Caqalai. This is so that we can finally compare the data and allow Moturiki to see the results, which will help the communities come up with their own management strategies in the near future. Rapid assessments using the same methodology and training will also be conducted for more of the villages in 2019. Community members, with the help of GVI, will conduct the same monitoring around Moturiki at the same time every year for the foreseeable future. The idea is to empower the people of Moturiki to develop the skills to survey their own Tabus.

With the correct information, sharing of ideas, and the enthusiasm of the community, there is a growing interest in conservation. The results showed them what their reef was composed of and how many species were present.

They were also advised on how to properly manage their Tabu and the benefits it would bring, not only for them but for future generations. After the surveying was carried out, every community member who trained and surveyed was awarded certificates. This is important as it helps generate a key and important role in the community for the future planning of the Tabu areas. This training also gives them status within the communities and is key in creating roles to carry out the long term monitoring of their reefs.

This story comes from GVI’s Impact and Ethics report. To celebrate 20 years of work in sustainable development, we reflect on and showcase our impactful stories and data. Read the report in full.