Learning about the Karen culture in Thailand A GVI former volunteer, Kristina Jenkins, shares what she learned about the Karen people during her volunteer trip to Thailand with GVI.

Karen people are a group situated in South East Asia. Their origins can be traced back as far as the Gobi desert in Mongolia and Tibet. The Karen people of Huay Pakoot have been settled in the Northern Mountains of Thailand for around 400 years. This is where GVI’s elephant volunteer program first began in 2010.

Historically, Karen people have primarily worked as agricultural farmers and elephant keepers, commonly referred to as mahouts. This is still the case for most Karen people who still earn a living from planting a range of crops: primarily rice and corn but this also extends to include strawberries, coffee, cabbage, pumpkin, chilli and more. 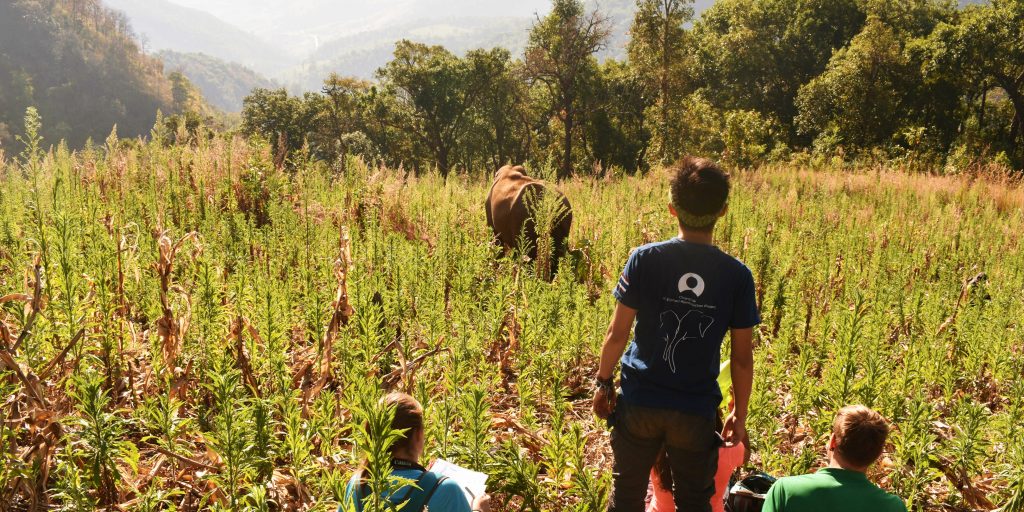 Becoming a mahout is a practice passed down through the generations from fathers, or other experienced elders, to sons, and is considered an honour and a privilege. Elephants will typically be owned by multiple family members that share the responsibilities over the years.

The majority of Karen people are Buddhist Animist, with a small population practising Christianity instead.

Buddhist Animists believe that the world is inhabited by spirits, which can live in trees, rivers, mountains, or houses. It’s not uncommon to spot small houses for offerings in the Karen people’s homes, rice fields, temples or public places. 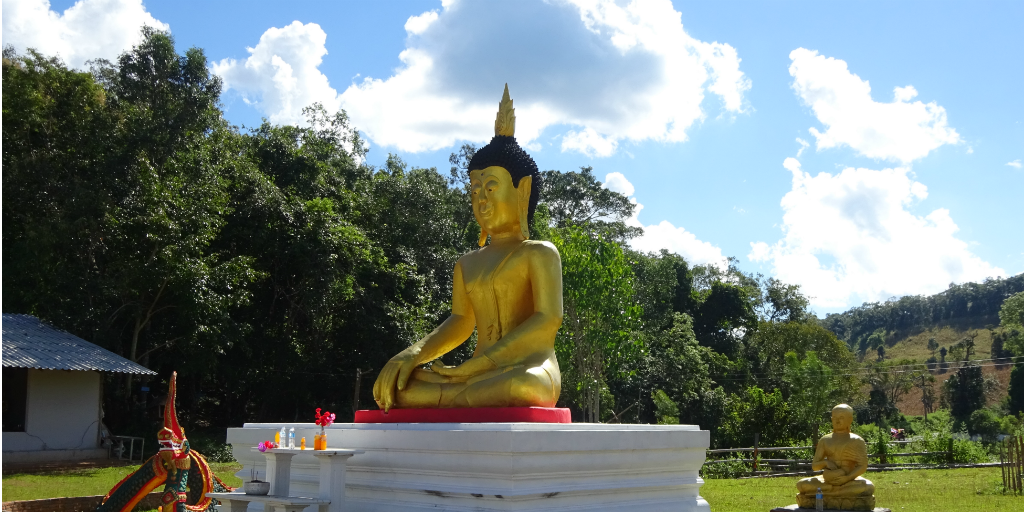 Geeju’s are a common aspect of life here.

A “Geeju” occurs when a traditional healer or village elder holds a wrist tying ceremony. These ceremonies carry significance because the Karen villagers wear or carry charms as a form of protection against bad spirits.

Wandering spirits can however, be lured back with gifts of fruit, rice and betel nut. The tying of the white string that takes place during the Geeju is thought to prevent these spirits from wandering away again. 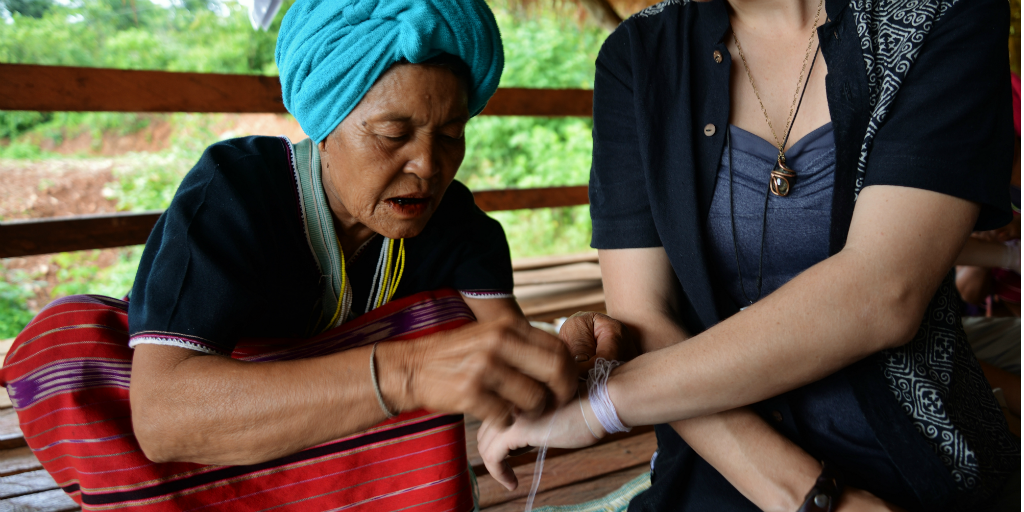 White string being tied around a woman’s arm, a traditional Karen practise.

A similar ceremony would be held if a family member or elephant returns to their home village after a long absence.

Another interesting fact is that a majority of the houses located within the Huay Pakoot village have an odd number of steps into their homes. This is because it is believed that spirits can’t climb an odd number of rungs on a ladder. While it is said that spirits can be easily angered, it is also believed that they can be appeased if shown respect and small offerings such as these.

Get the chance to experience the culture of the Karen people for yourself when you volunteer in Thailand!