Learning to Lead at Phang Nga! 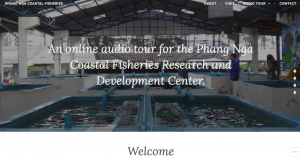 When our program leader first let us know that a leadership course was part of our DukeEngage Thailand program, I couldn’t help but groan internally. After an entire school year, I was looking forward to eight weeks of engaging activities – how exactly did a leadership course fit into that picture? I already decided that I was going to hate this course, a textbook case of knocking something before I’d tried it. To add insult to injury, I learned that not only would I be forced to endure mind-numbing presentations, I was also expected to design and lead the activities for a morning with a small group. Unthinkable! 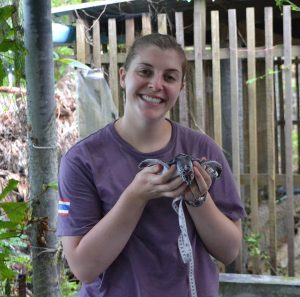 However, as my group started to discuss possible directions that this leadership project could go, I began to realize that just maybe, this wouldn’t be too bad. One of the places that we go to for turtle conservation days, the Phang Nga Coastal Fisheries Research and Development Center, has an extremely poor tourist infrastructure. Over the past few weeks working there, we began to realize that a good number of English-speaking tourists actually visited the center, often stopping to gawk at our group as we cleaned the tanks, as if we were some strange endangered turtle species. As a team, we decided it would be a neat project to create an online audio tour for the center. We would choose the major species of interest and have the other students on this trip research and create informative write ups on these species. They would then record themselves narrating this write up, and then shorten it to fit on a standard sheet of paper. The original write-up and narration would be placed on a website, and the shortened write up would be printed and laminated and posted at the center, and also include a link to the website.

As an Electrical and Computer Engineering and Computer Science double major, I’ve always been interested in technology, suffice to say. The prospect of getting to create a website was an exciting one – one that could maybe even make this leadership course not so horrendous. I found myself getting more and more into the project as we prepared for our big day – identified species at the center, took pictures, established a template for the website, and prepared a risk assessment. After several mishaps earlier in the week with other leadership projects, we were determined to make this day a success. And somehow, whether due to luck or preparation, the project went extremely smoothly. Everyone was very excited to participate and as a group, we collectively learned so much that day. For example, did you know that lionfish are invasive species and that females can release about a million eggs a year? Neither did I until I read over the write up produced by Francesca, my fellow student who chose to research the genus of fish. I wouldn’t usually call myself an egotistical person, but after we assembled together the pieces of the website, I began to feel proud of the work we’d done. A major part of conservation includes education, and we had just created a (hopefully) long-lasting piece of infrastructure that will hopefully 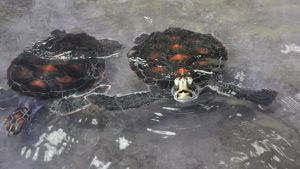 tourists for years to come. Imagine my delight when I was informed that the country director for GVI, the company that leads our program, had seen the website and was impressed by it. I’m sure I can say I speak for everyone on this trip that it feels incredible being able to help out community partners. Although I think I’ve truly learned a lot from the leadership course, I think for the rest of the program, I’m going to sit back and relax, and let the field staff take care of the rest. All this leadership business is tiring me out!

P.S. You should check out the website if you have a spare moment, and let us know what you think/any comments or suggestions! The link is https://phangngaoceans.wordpress.com.

Eight scuba diving jobs you can get as a PADI pro
Read More
Take an adult gap year with these seven volunteering projects for the mature traveller
Read More
Back to school: How to motivate high school students to learn
Read More
Apply Now
Enquire Now
Call Back Request